The plateau is located in the extreme western edge of Feltre’s area, on the doorsteps of the Dolomites. It is bordered on the east by the deep engraving of the Cismon stream and surrounded by mountains that separate it from the Tesino and Valsugana areas. The administrative center is located on a wide alluvial terrace at 600 meters a.s.l. while the surrounding area (a territory of over 54 square kilometres) is steep and sometimes difficult to access.

Despite its characteristics, in the past every remote piece of land was colonized and today there are more than 20 inhabited hamlets. Many prehistoric findings have been reported in our territory. These traces of human presence date back to the Neolithic. Few kilometres from San Donato, a skeleton belonging to an Ursus Speleus (cave bear) was found in a cave; the skeleton has been completely rebuilt and is today displayed in the lobby of the town hall.

The territory has been Romanized around the first century AD and it was crossed by the Via Claudia Augusta, a military road which connected Altino with the Rezia. The road was littered with fortifications, one of which probably stood on the “Colle di San Pietro”, where later the old parish church was built. In the area of San Donato, the Roman presence is witnessed by the discovery in 1836 of the Calice del Diacono Orso (Diacono Orso’s chalice), the oldest Eucharistic chalice of the Christianized West. The remains of a late Roman necropolis were discovered in the locality of Piasentot, where an important archaeological excavation brought to light over 80 tombs and their grave goods consisting of earrings, necklaces, fibulae (brooches), coins, etc. 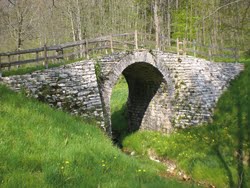 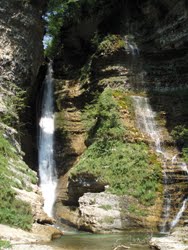 Part of these objects are displayed in the exhibition "The Roman necropolis of San Donato" located in the town centre, in Via Resenterra 19. Just a few hundred meters from the centre, visitors can also cross a recently restored Roman bridge.

In the 12th century, the Pieve (parish) of Lamon started issuing a series of regulations collected in the "Regola", a book that helps testifying how the economy of the village was based on agriculture and breeding livestock. Above all pastoralism, which developed onsite and throughout the Veneto-Friuli region, and the cultivation of beans were and still are important activities for our territory. This particular cultivation led almost everyone to associate the name of our town with the precious legume cultivated here.

Besides these two traditional figures, the breeder and the farmer, a third one became popular over the centuries, the "Cromèr". The Cromèr was a street vendor of trinkets who worked in Northern Italy and in other European countries (in particular in Switzerland). 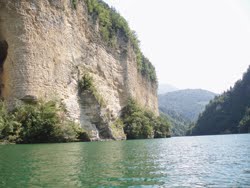 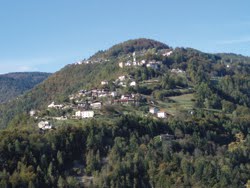 Visitors here can enjoy a quiet and relaxing destination which also provides them the opportunity to make numerous excursions in the nature, along trails that lead to the rediscovery of charming and abandoned villages or to the majestic summit of Monte Coppolo (2069 meters a.s.l.).

Very important for the economy and the prestige of the town is the presence of the "Regional Functional Rehabilitation Center of Lamon" which belongs to the ULSS n° 1 Dolomites. Of particular interest are the church of San Daniele (which now deconsecrated hosts many cultural initiatives), the council hall where a fresco by Antonio Bottegal is displayed and the headquarters of the "Drio le Péche" (Via Roma 15) where it is possible to observe authentic and characteristic objects from the past. Lamon also offers great opportunities for food lovers who are interested in tasting our typical local dishes, such as smoked sheep meat, fried cheese, "pendolon" and many other culinary specialities related to our tradition.