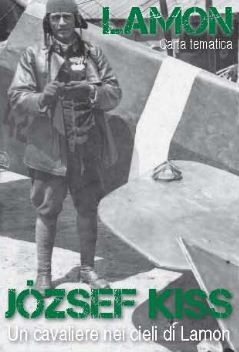 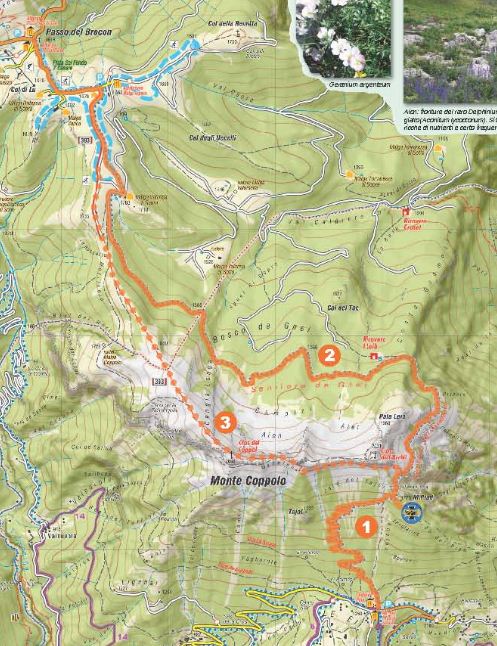 Thematic map available at the Pro Loco of Lamon. The last part of the path n. 1 has been named the "Memory Path": 10 evocative charts on the different aspects of the Great War.

József Ittebey Kiss was born in Pozsony (present-day Bratislava) on January 26, 1896. His father, the son of a Hungarian general who had sided with the insurgents and was executed after the revolution of 1848, worked as a gardener at the military academy. At the outbreak of the war he dropped out of school to enlist in the Austro-Hungarian army, but its truncated education would prevent him from becoming an officer. With the 72nd Infantry Regiment he fought in Galicia and in the Carpathians Mountains, where he got seriously wounded in December 1914. In January of '15 he applied for the Air Force, starting its training at Parndorf and continuing it at Wiener Neustadt on the Etrich-Taube aircraft.
In April 1916 he arrived at the Flik 24, which operated in the area of ​​the 11th army under the command of Captain Studeny and was located at the airport of Cirè di Pergine, a few kilometers from Trento. On June 20 1916 Kiss, at the controls of an aircraft whose gunner was Lt. Georg Kanzian (another future ace), obtained his first victory by knocking down an Italian reconnaissance aircraft. In the 24th Flik ​​the Hungarian completed 112 missions earning eight decorations including three 1st class silver medals and two gold medals. In June 1917, together with other Austrian aircrafts, he managed to knock down two Italian Caproni Ca3 bombers within a few minutes.
In November 1917 Kiss was transferred to Flik 55J, a hunting team always based in Pergine, where he formed an extremely aggressive and efficient aviation trio with Captain Josef von Mayer and Lieutenant Julius Arigi. The entire squadron became known as the "Kaiser Staffel" (Emperor’s Squadron). Nevertheless, the official promotion was always denied to Kiss because of his humble family background and his incomplete schooling so he then decided to focus on the only viable alternative, even if extremely difficult: the promotion on the field for merits of war.

After obtaining another 12 victories and a fourth gold medal, on January 27, 1918 he was seriously wounded in an air duel over the Valsugana. Operated at the military hospital in Trento, he reunited with its squadron two months later but he flew without any other triumphs. On May 24, 1918 Kiss took off with a Phönjix D-II fighter as part of a team of three elements (the other two were the aces Kasza and Kirjak) for an attack mission in the skies of Feltre. Above the skies of Lamon the Austrian planes were intercepted by Italian and British aircraft and in the battle each Austrian had to face three or more fighters. Kasza and Kirjak finally managed to break the contact and disappear after having collected several bursts, Kiss' plane instead was chased by the Camel driven by the Canadian Gerald Birks. In the battle in the skies above S. Donato, in an attempt to detach the British fighter from its tail, Kiss does not seem to have used his machine guns anymore suggesting the hypothesis of a gun jamming, similar to the one that had almost killed him in January. But this time luck was not on his side; the series of gunshots fired by Birks riddled the cabin and probably killed Kiss instantly. The plane crashed around 11.00 in the morning on a ridge of Monte Coppolo. The body was buried with its uniform in a wooden coffin in the military cemetery of Pergine. Kiss's girlfriend Enrica Bonecker never got married and she visited his grave daily for the next 52 years. In 1970, when the military cemetery became a public park, the remains of the Hungarian ace were exhumed and moved to the Austro-Hungarian military memorial of Trento where they still rest today. 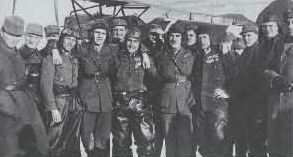 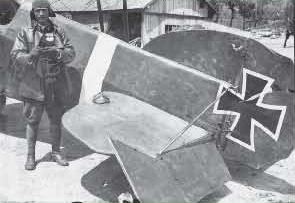 Kiss: the romantic knight of the air

After the news of the finding of the remains of the World War I jet plane of the Hungarian ace Josef Kiss, now exhibited in Borgo Valsugana, I report, as I found it, a short essay written in 1934 by my grandfather Mario Garavelli [...]
My grandfather tells the true story of a romantic hero, the Austro-Hungarian ace of the aviation Josef Kiss called by friends and enemies the Red Devil, who in his brief passage on earth became a legend and created another romantic heroine. Enrica Bonecker (later changed in Boneccher by the Fascist bureaucrat Tolomei) from Pergine, his girlfriend of the time, for fifty-two years brought every day fresh flowers on the tomb of his love in the military cemetery of Pergine Valsugana, ceasing only after the closure of the cemetery in 1970 and dying a short time later. [...]
Josef Kiss himself was an innocent victim. Kiss' grandfather was Lieutentant-General of the Austro-Hungarian army and he was one of the thirteen Hungarian rebel officials called the ‘13 Martyrs of Arad’, still celebrated heroes in Hungary and hanged by the Kaiser for being independent rebels. [...]
The war of Kiss was perhaps more against the intransigent attitudes of the Kaiser Empire than against the real enemies, and this shines through the lines of my grandfather as well as through the few documents that remain about his feats and his life.
Kiss was unpopular among most of his comrades who perhaps did not forgive him for being the descendant of what they considered a vile traitor and could not bear that he, a non-commissioned officer, was better than the "Flieger" (the aviators) almost all army officers.
Thus, even though seriously wounded in an air battle, a medical officer refused to treat him urgently because he was "not even an army officer" preferring to finish his meal, but he was forced as a result of the physical threats of a friend and colleague of Kiss, officer and ace Julius Arigi, who saved in this way his life. A life that lasted only for a few more months.
Kiss had some ideas which weren’t shared by his colleagues, such as refusing to pilot a bomber or to avoid cold shooting on the enemy when this was already won or had finished his shots . Moreover, he had the improper habit, for a simple non-commissioned officer, of treating with respect the captured adversaries and rendering military honors to the killed enemies.
The results of these customs were shown at his funeral, when a squadron of Italian, French and British planes passed over Pergine without a shot being fired, throwing a commemorative wreath from the sky with written on it “our last tribute to our brave adversary ". The Hungarian ace was posthumously promoted to Lieutenant, entering the legend.

At the funeral of Josef Kiss, in front of the coffin, that, a ten-year-old Austrian girl was advancing slowly through the crowd holding a satin pillow with all the medals of the fallen hero. That girl will then meet the bersagliere Mario Garavelli in Bolzano and she will marry him. She was my grandmother.